Furthermore, the Nvidia GeForce GTX 970 has a directX version of 12. It is G-sync compatible and is both SLI and VR ready. The graphics card has OpenCL 1.2 and OpenGL 4.6 along with a shader model 6.4. Extra technologies include: NVIDIA GameWorks Technology, NVIDIA Adaptive Vertical Sync, NVIDIA CUDA Technology with OpenCL support, NVIDIA Dynamic Super Resolution Technology. 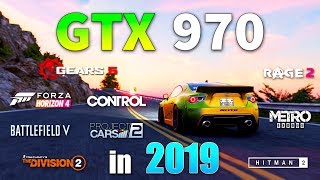