The card has 16GB GDDR6 memory which connects using a 256-bit memory interface. In addition the card has a memory clock effective of 2000 MHz coupled with a memory bandwidth 512 GB/s.

In addition, this particular graphics card uses a PCI-Express 4.0 x16 interface and also requires 2x 8-pin. The PSU recommendation is 850 W with the power draw rates at 300 W. 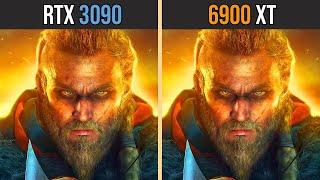