ESSENTIAL GEAR FOR EVERY GAMER

Most of Nvidia’s latest 10-series graphics cards including the Nvidia GeForce GTX 1050ti have features such as,  Ansel, G-sync in addition to Gamestream. The GTX 1050ti however does not have support for VR ready or SLI. 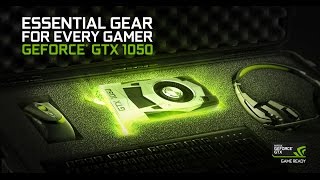