This card has 24GB GDDR6X memory and a 384-bit memory interface along with a memory bandwidth of 936.2 GB/s. Additionally, it has an effective memory clock of 1219 MHz.

The maximum resolution of this graphics card is 7680×4320. You can reach this resolution by using one of its I/O ports which include HDMI 2.1 and display port 1.4a. 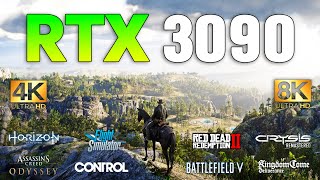