The default GTX 1650 does not feature any display ports but it varies by model*. It does however have HDMI 2.0b as well as dual link DVI-D. It does not have single link DVI or VGA. The recommended power requirement is 300 W since the graphics card has a TGP of 75 W. 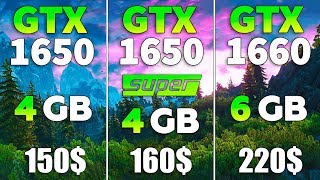