When using the Nvidia GeForce GTX 960, you can achieve a maximum resolution of 5120×3200 or 2048×1536 if you’re using VGA. Ports on this card include DisplayPort 1.2, HDMI 2.0 and Dual Link DVI-D. USB-C, Single Link DVI and VGA are not included on this card as standard but VGA is available on some variations. 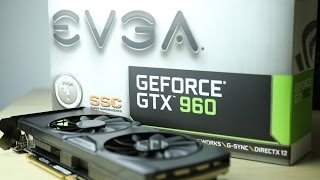