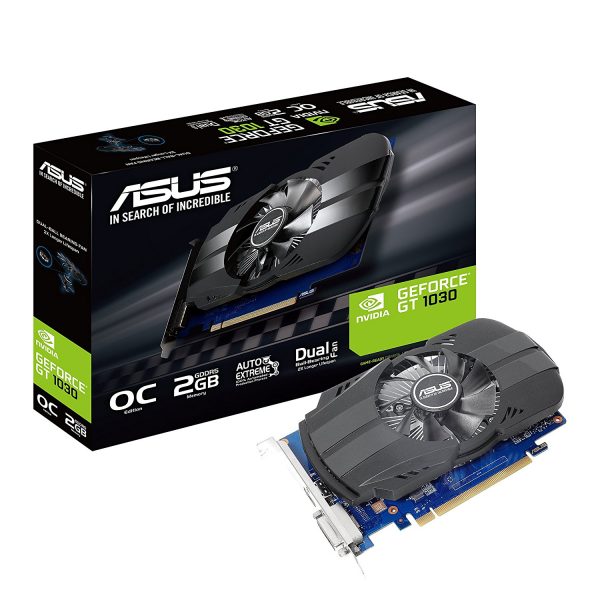 The ASUS Phoenix GeForce GT 1030 OC is a decent card. Whilst it won’t get you 60fps at maximum settings in most games, it’s great card for general purpose use and some lighter games. The ASUS Phoenix GeForce GT 1030 OC is great for smaller PC cases as well as being fairly cheap. This is due to the fact that the card is very small and only takes up 1 slot. Additionally no power connectors are required so it will work in most computers.

In some games we tested the GT 1030 holds up quite well. In GTA 5 we used high settings with various options turned off (No AA, low population and med shadows). We achieved a solid 60fps most of the time with the ocassional dip into the high 30s and 40s. There are some alternatives such as the rx 550 which you may be able to get cheaper.

The Best for Your Compact Build 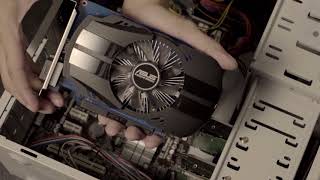