This card connects to the motherboard PCI-e slot by PCI-e 4.0 x4. It requires 1×6 pin from a power supply to get additional power. This is due to the fact that this card requires 113 W of power and AMD therefore recommend a PSU of at least 400 W. 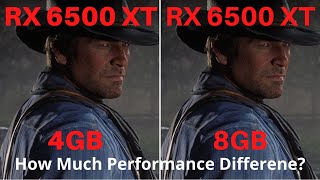