The Nvidia GeForce GTX 1050 2GB is powered by the latest and most advanced GPU architecture – Nvidia pascal. This gives the GTX 1050 better efficiency and also delivers up to 3x the performance of previous gen graphics cards.

The latest technologies from Nvidia including Nvidia Ansel, ShadowWorks as well as G-Sync.

Better speed and power efficiency give the GTX 1050 a performance boost when it comes to gaming over previous gen cards.

Faster base and boost clocks, memory speed and additionally more cuda cores when compared to the previous gen cards such as the GTX 750 Ti.

1 people have reviewed this product. 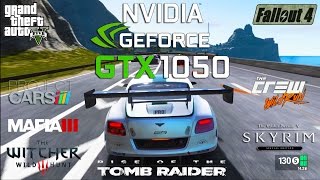