The PNY GeForce GTX 1060 Twin Fan graphics card is loaded with innovative new gaming technologies. This makes it the perfect choice for the latest high-definition games. Powered by NVIDIA Pascal —the most advanced GPU architecture ever created—the PNY GeForce GTX 1060 Twin Fan delivers brilliant performance that opens the door to virtual reality and beyond. #GameReady.

In our tests the PNY GeForce GTX 1060 Twin Fan graphics card is a solid choice when it comes to gaming. Grand Theft Auto 5, CS:GO, Fortnite and Rise of the Tomb raider are some of the games we tested that can be run at 60fps at maximum settings. However we feel that the 3GB of GDDR5 VRAM holds it back at times. The 6GB version of the card runs a lot smoother when playing games and thus provides better fps. If you can afford the higher priced 6GB version then we would highly recommend that over the 3GB version. Furthermore the 3GB version are not particularly good at crypto-mining. This is due to the fact that most hashing algorithms will require more than 3GB of VRAM. This Card supports the latest technologies Nvidia has to offer including VR and G-Sync.

More Nvidia Cards here.
Specs are down Below. 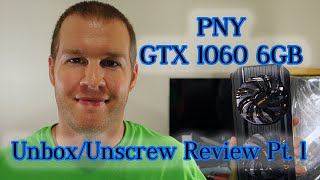 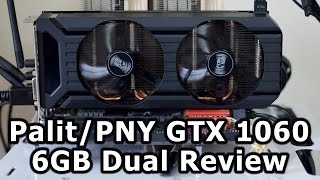