With this they suggest a recommended graphics card of a GTX 1060 or RX 480.

However, there are many graphics cards that work well with the Oculus Rift and Rift S that are not listed within Oculus’ requirements. Whilst the GTX 1060 can now be considered an older card with the release of the RTX lineup, this GTX 1060 comes with 6GB of GDDR5 memory as well as being factory overclocked.

We recommend getting the 6GB version of the 1060 as it allows for much smoother experience.

Asus’ 1060 performs very well when it comes to VR. In most games it will achieve the required 90 fps and high settings required for the Oculus Rift. Games Like Robo Recall, The Lab VR in addition to Job simulator run very well and never really have any noticeable frame drops.

The Asus EX-1060 is factory overclocked to 1809 MHz in OC mode. Furthermore, there are dual fans with 0db ball bearings allowing for the cool temperature even when overclocked.

Asus’ GPU Tweak II can be easily used to customise the clock speed, fan speed in addition to lots more. The 1050 Ti is a very budget friendly graphics card for someone who want to get into PC gaming and VR.

It may seem like the GTX 1050 Ti may not be powerful enough to have a decent experience with the Oculus Rift.

However, in most games, the 1050 Ti has great performance.

Games Like Robo Recall and Job Simulator Run Fine at mostly 50-90 fps depending on the part.

You can always turn down the settings in most games to medium or so to get better fps.

Don’t, however, expect to get a constant 90 fps all the time.

Like most Gigabyte cards this card is also factory overclocked.

2 Fans for WindForce 2x to allow for good fairly low temperatures even when in VR. Moving on towards a card which is quite new at the time of writing this article.

The GTX 1650 has very good performance with the Oculus Rift in basically all games.

Whilst it doesn’t perform as well as the 1060, it still has good performance in lots of games like robo recall, Job simulator and also The Lab.

Most games were are high settings and stayed at 90 fps a lot of the time.

The EVGA GeForce GTX 1650 XC BLACK GAMING 4GB is powered by the newest Turing architecture for better power efficiency, shaders and even performance.

Two fans for optimal cooling or you can get the shorter version of the card with only one fan for your small PC build.

EVGA’s precision X1 for monitoring and overclocking of your graphics card. Another newer card is the MSI GeForce RTX 2060 Ventus 6G which comes with GDDR6 memory.

The RTX 2060 is the successor to the older GTX 1060 even though it is quite a bit more expensive. Even though the cost is higher the performance of the card more than makes up for its slightly higher price tag.

The RTX 2060 has great performance in gaming and also VR gaming. All the games we tested performed great at the highest settings with no noticeable frame drops.

This meant we had a solid 90 fps most of the time on the Oculus Rift which provided a smooth and very much enjoyable experience.

The newest architecture from Nvidia –  Turing

MSI Afterburner for overclocking and monitoring of your graphics card. Everything we played with the RTX 2070 was almost flawless.

Job simulator, Robo Recall and additionally The lab. Worked at the highest settings at 90 fps with no big drops.

ICX2 cooling for low temperatures even when gaming in VR

The newest architecture from Nvidia –  Turing

EVGA’s precision X1 for monitoring and overclocking of your graphics card. The PowerColor Red Dragon Radeon RX 580 8GB is not a very new card but still has some good performance similar to that of the GTX 1060.

The performance of the RX 580 is slightly better than that of the GTX 1060.

Most games work perfectly at 90fps most of the time with the occasional drop.

AMD XConnect to allow you to use this card with an external GPU enclosure for laptops and other PCs.

Radeon Chill to improve power efficiency and lower temps by regulating frame rate based on in game movement.

The fans are quite loud in the PowerColor version of the RX 580 when under load.

We recommended getting the GTX 1060 or RX 580 as these are graphics cards that provide great performance but don’t cost a ton. However for better experiences better graphics cards like the RTX lineup should be considered. 5 Of The Best AMD APUs For Gaming

5 Of The Best AMD APUs For Gaming Intel has been conquering the CPU market since the beginning of CPUs. People loved Intel because they made efficient and affordable CPUs back in the day. However, this has been getting an outdated … Easiest Guide To Overclocking Your GPU

Easiest Guide To Overclocking Your GPU Not many people decide to overclock their graphics card. This is due to many reasons but the main one is people don’t bother. Overclocking your graphics card allows you to unlock the full potential and … 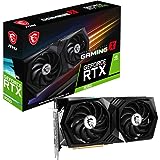 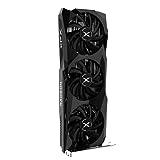