5 Of The Best AMD APUs For Gaming

Intel has been conquering the CPU market since the beginning of CPUs. People loved Intel because they made efficient and affordable CPUs back in the day. However, this has been getting an outdated fact as AMD has started to challenge Intel’s state of monopoly.

Advanced Micro Devices (AMD) has always been on the budget-friendly side of the spectrum with their CPUs and GPUs. However, AMD processors were power heavy and hotter so the average consumer’s first choice was Intel, at least until AMD released their super consumer-friendly line-up of CPU’s, Ryzen.

AMD launched the Ryzen series of CPUs in 2017 and changed the game forever. Intel didn’t worry much as no other competitor made CPUs powerful enough to compete with their flagship models but Ryzen CPUs went on to demolish them performance-wise and price-wise. In this article we will go through 5 of the best AMD APUs For Gaming.

What are Ryzen Processors?

The first generation of Ryzen CPUs has brought new competition in the CPU market and has also built a name for AMD as the best CPU manufacturer in recent years among PC enthusiasts and communities.

Apart from this, there is also an APU series of the Ryzen line-up since its second generation or 2000 series line-up. So anyways, what are these APUs, what are they used for and who uses them?

An Accelerated Processing Unit is a term used by AMD to market their series of CPUs that also have integrated graphics (GPUs) in them.

These APUs by AMD have been on the market for years now and the mainstream attention was brought to them when AMD released their Ryzen 2000 and 3000 series APU line-up that featured outstanding graphic processing powers than the rest of the market.

Ryzen third-gen APUs brought Radeon Vega graphics with them and it changed the market and competition for the good.

Why are APUs Good?

APUs are a really good choice to go with if you are building a PC for regular office use or light gaming purposes.

It helps to keep the costs of build dramatically low and provides comparatively good graphics like most low-end graphics cards. However, if you are building a PC for solely AAA title gaming experience, APUs aren’t the right choice.

Even though an APU gets the graphics processing done at an exceptional level, it also limits your CPU capabilities which might affect the experience of an AAA or performance heavy title. However, if you are just trying to settle with simple games like League of Legends, Minecraft, etc, and 1080p low-medium setting gaming, APUs will be just fine and can save lots of money that you might spend on a graphics card.

So what are the top APUs you can buy right now in the market?

If you want an APU that is good with some older and less demanding titles, then you can opt for the AMD Athlon 200GE. This APU is by no means meant for gaming and it therefore does not have great gaming performance.

Thte Athlon 200GE is good for an office PC or some really light gaming. It comes with vega 3 graphics and just 3 graphics cores clocked at 1000 MHz.

This CPU is only dual core and therefore it really struggles in some games. It does have 4 threads which makes it an ok purchase for your money.

Overclocking isn’t really viable with this processor as it is not unlocked from the factory. Even if you did overclock, the performance would not be that much better. The base clock of this CPU is 3.2 GHz which is fairly slow.

The AMD Ryzen 3 2200G is the predecessor to the Ryzen 3 3200G. For this reason it has less performance than that of the 3200G but usually can be found at a better price.

This APU is definitely an entry level APU designed for simple gaming and office use. It has slightly worse performance than the 3200G but can still play esport titles and lower end games such as League of Legends, Minecraft and CS:GO.

It’s probably worth spending the extra money on one of the higher end processors – especially if you’re gaming. The price to performance is a lot better.

Powering the graphics on this APU is the Radeon Vega 8 architecture with 8 GPU Cores clocked at 1100 MHz.

This CPU like many others, is unlocked so you can overclock to get more performance out of it. Don’t expect this to be a massive game changer though.

If you are really tight with the budget and do not want to spend more than $100 on a CPU and a GPU AMD Ryzen 3 3200G will come to the rescue.

This APU is an entry-level APU of the third generation of Ryzen CPUs. It is a lot cheaper compared to other APU variants of the same generation and performs slightly better than the 2200G which also has the same graphics model.

Unlike the Ryzen 5 3400G, you might not be able to assign heavy tasks on this but will perform exceptionally well with what it really can handle.

The graphics model of the APU is Radeon Vega 8 Graphics which has 8 cores and a frequency of 1250 MHz.

Just like any other Ryzen CPU it also supports Dual DDR4 memory channels. It is not the ideal APU to run heavy titles smoothly in 1080p but shows some playable frame-rates in 720p.

Nevertheless, it would suffice for simple games like League of Legends, Minecraft, etc. The AMD Ryzen 3 3200G also saves you the money you would need to spend on a cooler as it comes with one in the box.

AMD Ryzen 5 2400G secures a good place on this list with its great price to performance value. Even though it is from the much older 2000 series of Ryzen line-up, it still manages to outperform many APUs on the market and goes head to head with its successor too.

If the AMD Ryzen 5 3400G is a little pricey for you, go with the older 2400G as they both perform on a similar level.

What makes this APU still relevant is that it also comes with Radeon RX Vega 11 Graphics which is similar to its successor but only with a slight graphics frequency downgrade; 1250 MHz.

However, it manages to keep up with the performance of its brother and is the ideal APU to go with if you need 3400G-like performance but for a lower price.

The Ryzen 2400G also supports dual DDR4 memory like other Ryzen CPUs. It also comes with an included cooler in the box.

AMD Ryzen 5 3400G is currently the flagship APU for AMD and it performs exceptionally well for its price.

The APU only costs around $150* and you can get pretty decent frame-rates on most games including famous AAA titles like Grand Theft Auto 5 (1080p) and Assassin’s Creed Odyssey (720p).

If you are in a situation where you can’t afford an actual graphics card or you are really concerned about the budget, the AMD Ryzen 5 3400G is the way to go.

It gives great value for the money you spend and it is quite sufficient for a basic gaming build.

With all of this eye-catching specs, it also comes support for DDR4 dual-channel memory support up to 2933MHz. This surely has better performance than the AMD Ryzen 5 2400G but falls behind when it comes to the price when comparing it. All of this makes it one of the best AMD APUs you can currently get.

The APU also comes with a free cooler so you are saving money there as well.

Is an APU worth it?

AMD’s latest Ryzen APUs are simply amazing and are really good value. But an APU cannot really replace a proper GPU as the processing powers are limited.

You really cannot expect good performance on big game titles. However, if you are really tight on the budget, an APU will save you a lot of money whilst also providing some good performance. It is ideal if you aren’t planning to game on it too much.

It is also easier and cheaper to upgrade. But you should also be smart and careful when buying an APU as the graphical power they output can change dramatically between models and generations.

The perfect budget for an APU in your build should always be around $150 and the ideal APU to go with is the AMD Ryzen 5 3400G. It provides very good performance with most tasks and games and also will do just fine with a good graphics card if you ever choose to install one. The AMD Ryzen 5 3400G is one of the best AMD APUs out there.

If you aren’t satisfied with that, hold on to the money till the 4th generation of AMD APUs (4000 series) comes out. 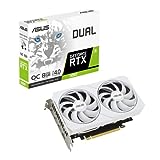